He was hungry. The water had made him weak but he was able to control himself. He could not ask his wife for dinner. He was about to talk, but Hanifa’s silence did not let him 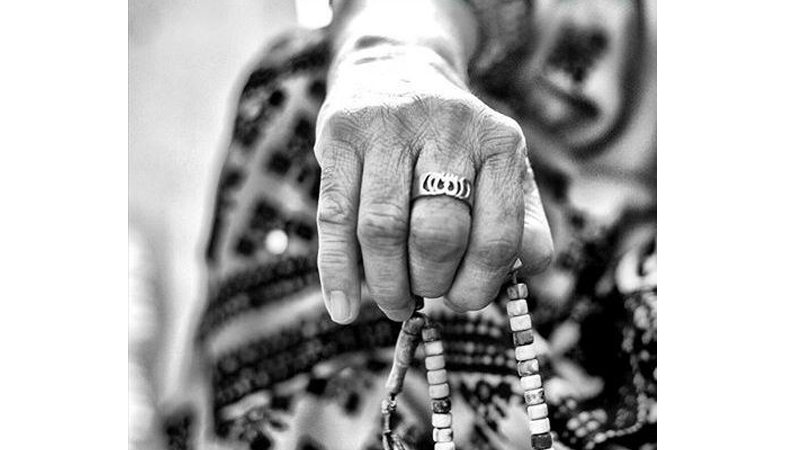 When he entered home, he felt hungry. Fetching a glass of water, he drank it in one breath. After that, he took another glass of water, and finally felt comfortable. He started looking on all sides; at last, his eyes went to his wife sitting in front of the room. Hanifa was sewing cloths on a machine. She switched the way her sunglasses were positioned and saw her husband. After looking at him, her eyes traced back to her work and she started to focus on it. He put all of his things to a side and washed his hands and head, he was wet. Then, he filled his hands with water and washed his face. Afer the basic ritual, he cleaned himself with a hanky and went inside the room. He was hungry. The water had made him weak but he was able to control himself. He could not ask his wife for dinner. He was about to talk, but Hanifa’s silence did not let him. As he took a pillow, he slept in the room with a sad mood. He closed his eyes, but his heart was not ready to sleep yet. He changed his sides from left to right and right to left as he listened to the sound of a child giving salam. He then saw the child. It was their only child, back from school. Hanifa stopped sewing the clothes, took her child’s bag and sent him to wash his hands.

She took out a piece of bread and gave it to her child with some pickle. “Mom, have you eaten?” their child asked his mother. “Yes my dear, I have eaten! The food has been sent for you by your grandma. These are two breads, one you should eat right now, the second I’ll give you tonight. Tomorrow, when my money will come, we will eat whatever we like, ok?” she replied to him, her face filled with love. The little one became happy and paid attention to his food. After the child was done, he finished his homework, then went out to play. While he was running, his face was turned towards his mother the whole time. Both of them kept looking at each other. After he was back from outside, he closed his eyes and went to bed.

It was their second year in poverty. In the very beginning, a thief had stolen all of Hanifa’s gold around mid-night. Who were the thieves and how had they taken the things no one knew of? After crying about it for a long time, they thought of it as an exam taken by Allah and kept their silence.

He felt a slight pain in his heart but tried his best to sleep on an empty belly. Yesterday, he had eaten an old bread, and last night, he did not eat anything. Also, this morning he went to work without eating anything. After changing his side on the bed, he managed to close his eyes. As he began to fall to sleep, he caught himself in a trance of a bad dream. Suddenly, he woke up and could not close his eyes again.

It was their second year in poverty. In the very beginning, a thief had stolen all of Hanifa’s gold around mid-night. Who were the thieves and how had they taken the things no one knew of? After crying about it for a long time, they thought of it as an exam taken by Allah and kept their silence. Not only that, he had his job snatched away from him too. When his boss died of a heart attack, his colleagues captured all of his business. They sacked the old workers from their jobs, and whatever money was left behind, he and his friends decided to make use of the money in some kind of work that would help them stand on their own feet. All of them took their fair share of money, but his wife Hanifa did not agree on spending it. “Others will work from your money? Not at all,” she said. “My heart does not accept that you spend your valuable money. It is better to open a shop in front of the house. Whatever necessary things we have at home, put them in your shop and sell them. Allah, himself, will give more from less.” But he listened to his friends instead and submitted his money in an institution with his friends for work. At the end of every month, he received some benefits on the money that he deposited. For about four or five months, in every home, they received more than their initial salary. He was happy and did nothing. He always wore white clothes, used perfume and wondered into the bazaar. The happiness lasted for six months. They did not receive any money anymore.

After waiting for two months, he went with his colleagues to the company they had given the money to. They saw some people already waiting in front of the locked door. From the views of the people, it was clear that all of the concerned people had run away. They could not believe their eyes. Amongst those who were shouting, one of them was known to have eyes full of tears because of his greed. When he arrived at home, Hanifa felt a sharp pain. She criticised him for being a greedy man, while his head was down as if someone had locked his mouth. Hanifa was in deep thinking about herself and her child’s future. He tried a lot to make her understand. “I have suffered a lot because I did not listen to you, but from now onwards, whatever you say, I’ll do. I will do nothing on my own.” But Hanifa was fed up with him. He did whatever was in hands to look for a job, still he couldn’t find anything. Hanifa took out the machine she kept at home, tore the curtain so that people could see her sewing clothes and come to her for her services. Some days passed by and Hanifa received many clothes for sewing. She met the small needs of her household with the money that would come her way but that was not enough to fulfill all their needs. Due to the lights that would always flicker and turn dark, she failed to sew that much. They had to cater to the expensive electricity, child’s books and other things, but life went on. He also wished to find himself some work, but it was as if luck was not with him. After two whole years of finding himself some luck, he finally found work of repairing doors and windows. The owner of the shop promised him a stipend every week. 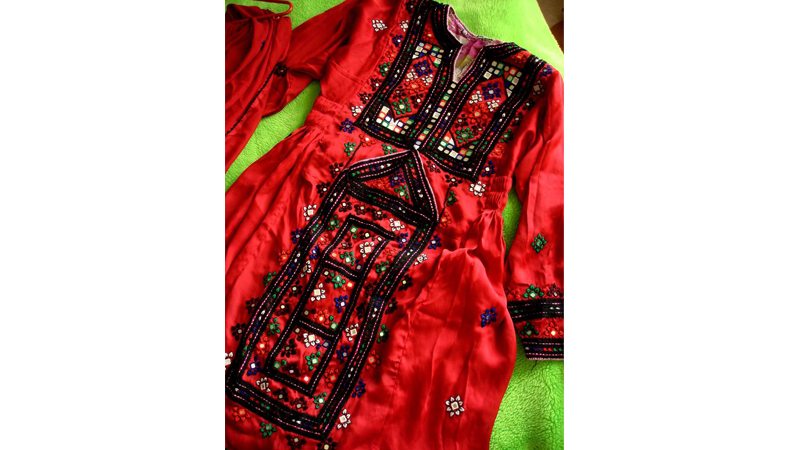 It was the second day of his work. Hanifa had just sewed and sent back the clothes to their neighbor, but still hadn’t received the money. She was informed that the owner of the clothes had gone somewhere else, and upon his return, he would give the money to her. Hanifa talked emotionally to the one the girl who brought her the news. She then gave the clothes to Hanifa and said that the money would be given to her very soon. Now today, there wasn’t anything to eat. She couldn’t borrow from the shopkeeper as well. In the morning before, she went to work where her brother-in-law brought her two breads, one she had given to their child for lunch, and the second, she had kept for dinner. After waking up from sleep, he washed his face and went towards his mother’s home. He would visit his mother every week, but this time around, he hadn’t paid her a visit for more than two weeks. When he crossed the wall of the house, he saw his mother getting up from prayer. He looked at his watch for the time, and suddenly, his mother saw him. A smile appeared on her face. He took himself to her. They embraced each other, and he put his mother’s hand on his own hand. After asking about her health, he put his head on her lap. Mother saw his face. “Adam my son, what happened to you?” she said, spreading her hand over his hair. He, somehow, managed to laugh but did not say anything. “See, how your face dries up.”

He looked at her and shared with her his views.